SWING BASS 66
Stainless Steel or Nickel Roundwound
The string that started a revolution and brought the bass player from the back line to the front.
This is the string that James How and John Entwistle perfected into what was to become the industry standard. The bright punchy high energy sound this string offered and so much a big part of early rock music as we know it, quickly grew in popularity to all four corners of the globe and remains the leading contender to this present day.
The John Entwistle connection 1966
“It was in 1966 and I was looking for that Danelectro sound again. I tried everybody’s strings but the E and the A’s just didn’t work. It was the same with Rotosound but there was something about them that was almost there but not quite. To solve the problem I got in touch with James How and told him his D and G strings were great but the E and A didn’t vibrate properly.
He told me to take my bass along to Rotosound and have some strings made until they got it right. After a couple of hours, we realised that the problem wasn’t in the wire winding, but in the core of the string. You could see that the strings vibrated in a big circle and that was wrong; the core needed to be thicker.
We also made the overall gauges a bit heavier and they sent me away with 12 sets to use. A couple of days later they called and asked if I objected to them putting my name to the strings and selling them commercially. I told them I didn’t mind as long as they kept me supplied with free strings!
But then we had to do the same with medium and short scale strings because I had loads of different basses by then. Those strings, the RS 66 sets, were the first that vibrated properly other than the Danelectros.”
RS66LDN–45--65--85--105 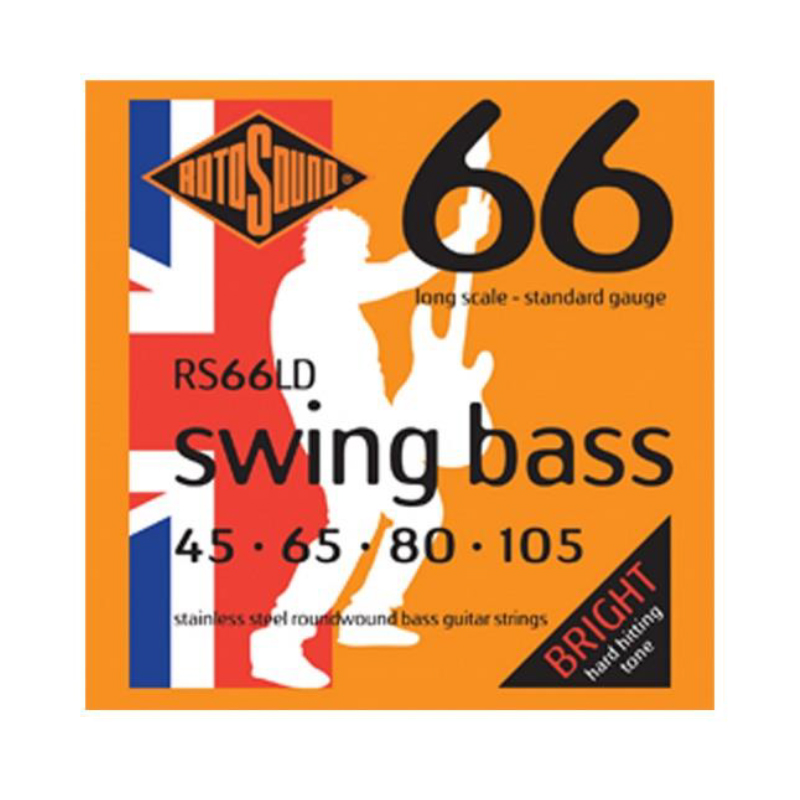 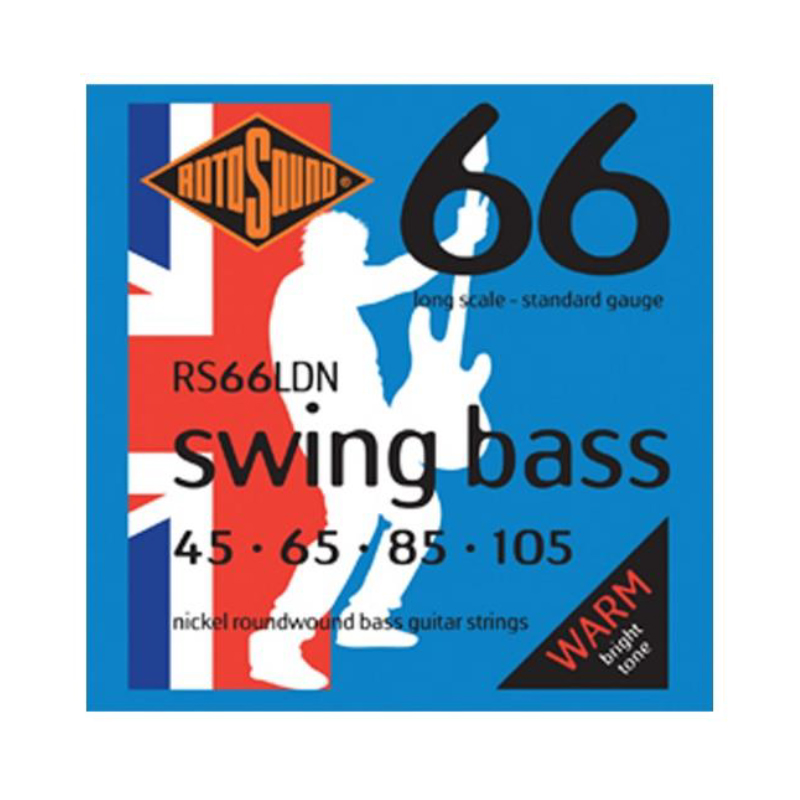